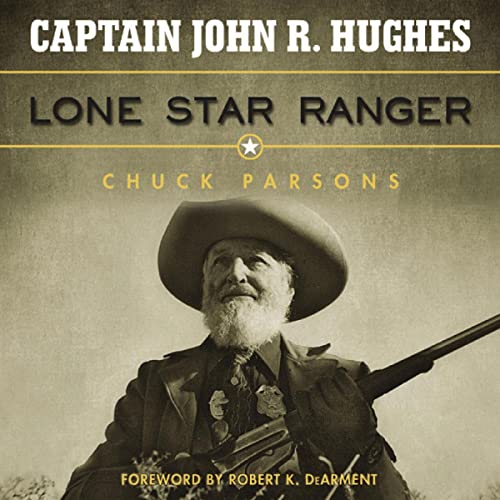 Captain John R. Hughes, Lone Star Ranger is the first full and complete modern biography of a man who served as a Texas Ranger from 1887 until 1915. He came to the attention of the Rangers after doggedly trailing horse thieves for nearly a year and recovering his stolen stock. After helping Ranger Ira Aten track down another fugitive from justice, Hughes then joined Company D of the Texas Rangers on Aten’s recommendation, intending to stay for only a few months; he remained in the service for nearly thirty years.

This biography of one of the “Four Great Captains” sheds light on his life prior to becoming a Texas Ranger and on his love interest, though he never married. From joining Company D in 1887 until retirement, Hughes served the state honestly and proudly, earning the respect of all he met. Zane Grey dedicated his most popular novel, The Lone Star Ranger, to Hughes and his Rangers. Not to be missed!