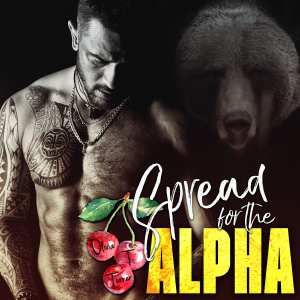 Spread for the Alpha

I’m only in this small Montana town until the mechanic fixes my car.
That’s my plan, but apparently, the muscular naked guy outside has a different plan for me.
His dark eyes are full of possession as he stares down at me like I belong to him.
It’s like I fell into an alternate reality. It feels like I’m in Alice In Wonderland, the porno version.
He seems to be completely transfixed with my curves.
And he’s becoming more than a little obsessed with my body.
The body that has turned against me. It’s a traitor. It’s on Everett’s side now.
It obeys every single command spoken in that deep growly voice of his.
I don’t normally do these things.
I’m a virgin after all.
But I won’t be for long if I keep obeying the dirty commands coming out of his mouth.
He keeps saying I’m his mate and that it’s his job to protect me.
Well, I’m finding out that he takes his job very seriously.
Because he won’t let me leave his bedroom…
…and that’s perfectly fine with me.

Do you like an alpha who snarls in the streets and growls in the sheets? Everett is a dominant Over-The-Top grizzly bear shifter who will have you howling for more.
This is the second book in the series, but it can be read as a standalone. Bare for the Alpha is the first.

This hot shifter book is SAFE, with no cheating, and a furry HEA guaranteed. Enjoy!