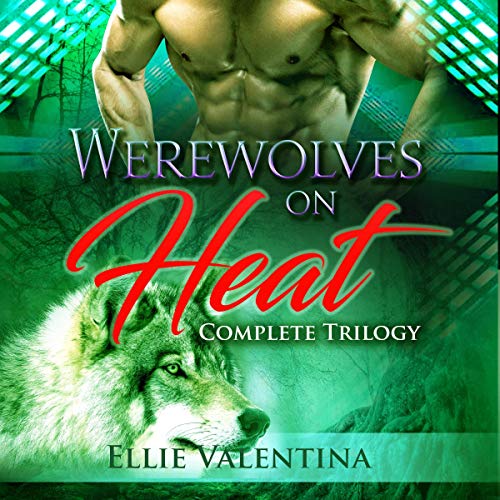 All three books from Ellie Valentina's best-selling werewolf romance series in one sexy little bundle for the first time ever! Do not miss this awesome set of paranormal romance books!

Book 1 - The Hot Wolf
Ava Sparks was a paranormal assassin tasked with eradicating werewolves from existence.

Her latest target was gorgeous billionaire Chase Elliot. Intelligence suggested he was hiding a secret life as a werewolf, and because of that he was to be erased from existence.

However, once Ava became close to the charming Chase she made a stunning realization that changed everything.

Now, instead of killing the werewolf, she was to find herself making love to him, and life as everyone knew it would never be the same again...

Book 2 - The Red Wolf
When Josephine Lancaster first caught a glimpse of the handsome, musclebound Edward Jake Hunter she knew she would be unable to resist his charms.

A steamy night of passion between the two was inevitable, and it was the best night of her life.

However, Edward was a man with many secrets.

Josephine would soon be carrying the werewolf's baby....

Book 3 - The Fire Wolf
Ranger Nick Greyson was a werewolf on heat.

However, Sarah's scent made Nick so wild with desire that he did the one thing he knew he should have never done.

And now young Sarah is set to also become a werewolf on heat....