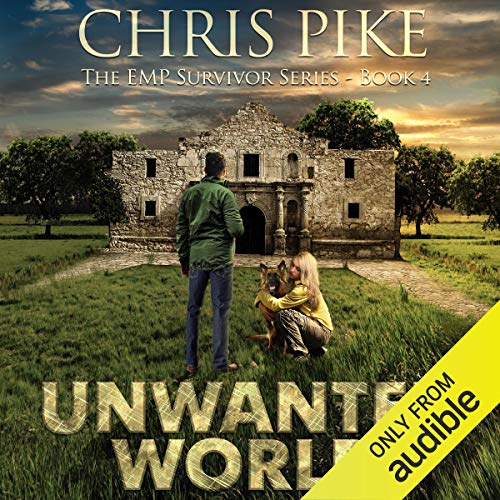 In this instantly absorbing and thrilling series, best-selling author Chris Pike delivers another suspenseful and pulse-pounding adventure in the fourth installment of the EMP Survivor series.

Nico Bell has been working undercover in San Antonio for over a year, trying to infiltrate a dangerous gang, led by the mysterious Santiago. Desperate for a meeting with Santiago, Nico agrees to be a courier to pick up and deliver a package. It should have been easy, but easy isn't in Nico's vocabulary. EMP isn't in his vocabulary either, but it soon will be.

Kate Chandler, who requires a service dog, desperately wants to forget her past. She works as a bartender at a historical hotel next to the Alamo in San Antonio. Young and tough, she uses the bar as a barrier, so nobody will ever get close to her again. There's a problem, though. Nico, who has been staying at the hotel, has seen through the ruse. He makes a promise to her he intends to keep, that is, until the EMP interrupts his well-thought out plans.

A story filled with bravery and incredible courage, Unwanted World is a stunningly unique take on the chaos and the unraveling of society caused by the EMP. An epic tale with a twist on history, and one with fascinating characters and electrifying intrigue, proves once more - author Chris Pike is the one to watch.