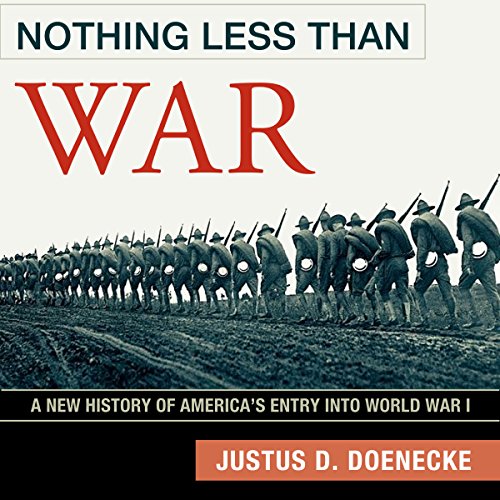 When war broke out in Europe in 1914, political leaders in the United States were swayed by popular opinion to remain neutral; yet less than three years later, the nation declared war on Germany. In Nothing Less Than War: A New History of America's Entry into World War I, Justus D. Doenecke examines the clash of opinions over the war during this transformative period and offers a fresh perspective on America's decision to enter World War I.

Doenecke reappraises the public and private diplomacy of President Woodrow Wilson and his closest advisors and explores in great depth the response of Congress to the war. He also investigates the debates that raged in the popular media and among citizen groups that sprang up across the country as the US economy was threatened by European blockades and as Americans died on ships sunk by German U-boats.

The decision to engage in battle ultimately belonged to Wilson, but as Doenecke demonstrates, Wilson's choice was not made in isolation. Nothing Less Than War provides a comprehensive examination of America's internal political climate and its changing international role during the seminal period of 1914-1917.