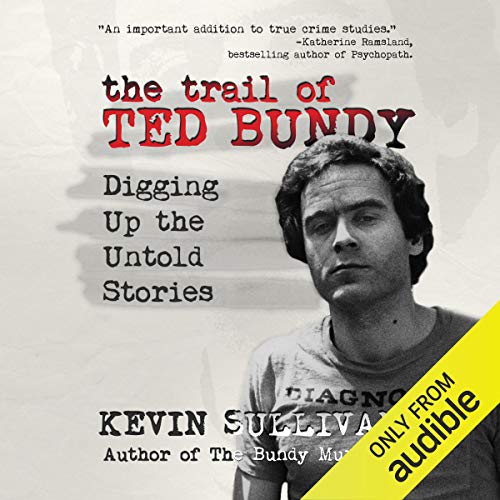 The Trail of Ted Bundy: Digging Up The Untold Stories

Despite the abundance of books available on Ted Bundy, holes remain in his story. Bundy expert Kevin Sullivan has done the painstaking work of filling some in and offering credible notions for those for which information might always be elusive. An important addition to true crime studies.-Katherine Ramsland, bestselling author of Psychopath and The Mind of a Murderer Within the pages of THE TRAIL OF TED BUNDY:Digging Up the Untold Stories, you'll hear the voices - many for the first time - of some of Ted Bundy's friends, as they bring to light the secrets of what is was like to know him while he was actively involved in murder. The stories of his victims are here as well, as told by their friends, including the information and anecdotes that didn't make it into the investigative files and are being published here for the first time. Two of the former detectives who worked with author Kevin Sullivan during the writing of his widely-acclaimed book, THE BUNDY MURDERS,return to aid readers in fully understanding Bundy's murderous career; it's ripple-effect impact on those who came into contact with him in one way or another, and dispelling commonly held myths. THE TRAIL OF TED BUNDYis a journey back in time, to when Ted Bundy was killing young woman and girls in the Pacific Northwest and beyond. It's told by those who knew him, and you'll hear their revealing stories, many being voiced and put to print for the very first time. The friends of the victims are here as well, and they too share their insights about the victims, and some of what they tell here had been held back from the investigators, such was their commitment to their deceased friends. It's also the story of those who hunted Bundy; those who guarded him, and those who otherwise were a part of this strange case one way or another.