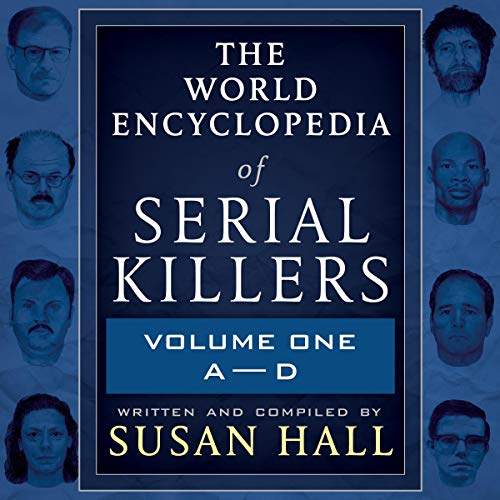 THE WORLD ENCYCLOPEDIA OF SERIAL KILLERS: Volume One A-D

The World Encyclopedia of Serial Killers is the most comprehensive set of its kind in the history of true crime publishing. Created and compiled by Susan Hall, the four-volume set has more than 1,600 entries of male and female serial killers from around the world.

Defined by the FBI as a person who murders three or more people over a period of time with a hiatus of weeks or months between murders, serial killers have walked among us from the dawn of time, as these books will demonstrate. While the entries to these volumes will continue to grow - the FBI estimates that there are at least 50 serial killers operating in the United States at any given time - The World Encyclopedia of Serial Killers is as complete as possible through the end of 2017.

In June 2020, the set begins with volume one, letters A-D. The entries include Ted Bundy, the Candyman Dean Corll, Angel of Death killer Donald Harvey, the ABC Killer, and the Bodies in the Barrels Murders. You will find these killers and approximately 500 others in this first book in the series of The World Encyclopedia of Serial Killers.