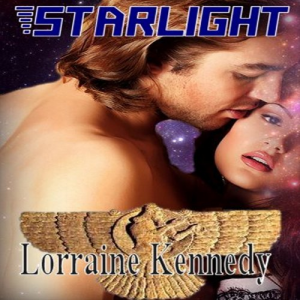 Sam is searching for that elusive fantasy lover who haunts her dreams, but what she finds is a Prince of the Stars, and a deadly enemy to mankind.

The ancient Sumerian Gods are about to make their presence known. For thousands of years the Annunaki have been watching and waiting - now the time has come for the earth to be cleansed once again.

Thian has watched Samura from afar - yearning for that which has been forbidden. Will his love for his enemy's daughter, be his downfall - damning him to become one of the Fallen?

When the children of Santa Fe begin to vanish, Officer Sam Priestly finds herself in a surreal nightmare of misty images and a strange music that pulls at her soul - filling her heart with longing.

To uncover the cause of her bizarre nightmares, Sam's doctor puts her under hypnosis, but what she discovers lurking in the deepest recesses of her mind, is far more than she bargained for. Is it insanity, or is she really in the middle of a galactic battle between good and evil - where the fate of mankind rests with the ancient gods?

If she is to have any hope of saving all that she loves, Sam must conquer the Reptilian invasion - fighting side by side with the man who is her adversary, and her lover.

Can she place her trust and her heart in the hands of one who has campaigned for the destruction of humans?