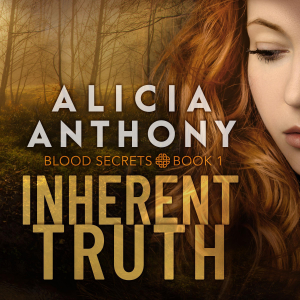 A woman with buried secrets. An agent with an impossible mission. An inheritance that will destroy them both...

When Liv Sullivan’s dead grandmother beckons for help from beyond the grave, the reluctant psychic returns to her small Ohio hometown. Scrambling to make sense of the clues left by the vision, Liv finds herself face-to-face with undercover agent Ridge McCaffrey.

Assigned to protect a woman - whose gifts unnerve him - for a covert psychic intelligence operation he doesn't understand, Ridge struggles to place duty over desire. But when a gruesome discovery is unearthed at Sullivan Farm, the truth becomes clear.