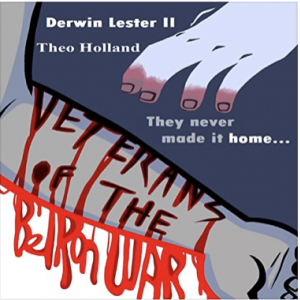 Veterans Of The Belron War

This is not a joke. There's no safety in this. The danger is real. It's everywhere and nowhere at once. People will lie to you, and that's okay. They're supposed to. To protect you.

Tommy Sampson didn't like that train of thought, but such was the world in which he grew up. A life of endless war, from childhood to his years as an army medic. Wars fought by a corrupt government that stretched across the galaxy against a group of intergalactic cannibal terrorists that could strike at any moment.

Some days it was hard to tell which group was worse. Some days they were the same group.

When the Belron War veterans came home, the war came with them. Tommy wasn't so sure he could survive another round.