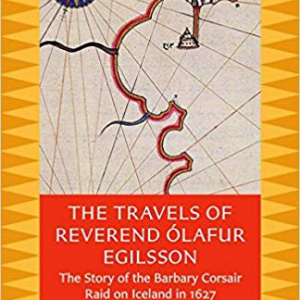 The Travels of Reverend Ólafur Egilsson

In the summer of 1627, corsairs from the Barbary Coast sailed 3,000 miles to Iceland, killed or captured nearly 400 people (1% of Iceland's population at the time), and took their captives back to North Africa to sell as slaves. Ólafur Egilsson, a 65-year old Icelandic Lutheran pastor, was taken in the raid, along with his pregnant wife and one of his children. The Travels of Reverend Ólafur Egilsson is his first-person account of the raid, its aftermath, his eventual release from slavery, and his solitary journey home across Europe, written after his return to Iceland in 1628.