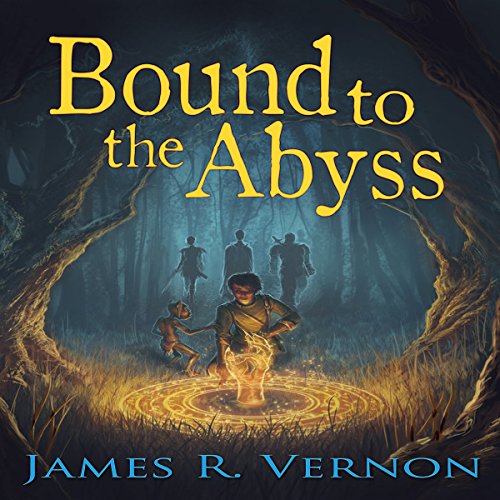 Bound to the Abyss

Ven Khalida is a land of magic and gods. Settlements abound, both large and small, each with a life of their own and hidden secrets.

Except Rottwealth. A backwater village, surrounded by mountains and ignored by most, nothing of merit ever leaves the valley. Aside, of course, from the mystical plant which shares its name. A plant that can heal even the most dire wounds in a matter of moments, and flourishes within the swamp that takes up part of the valley.

Ean Sangrave, a disgruntled Healer's apprentice barely in his twenties, wants to escape and start a new life outside of the village that hates him. If the village ever discovered Ean's ability to summon creatures from the Abyss - like his closest friend, Zin the imp - judgment would be swift and punishment final.

When an unconquerable monster takes residence in the new mine, the mayor's oldest son, Bran Erikson, is given the task of traveling to the capital city Lurthalan to seek help. To the surprise of the entire village, he chooses Ean to accompany him. But with a connection to a taboo god and a power he barely understands, can Ean fit into the world outside of his secluded village, or will the stigma that has been placed on him since birth follow him the rest of his life.
©2014 James R. Vernon (P)2014 James R. Vernon