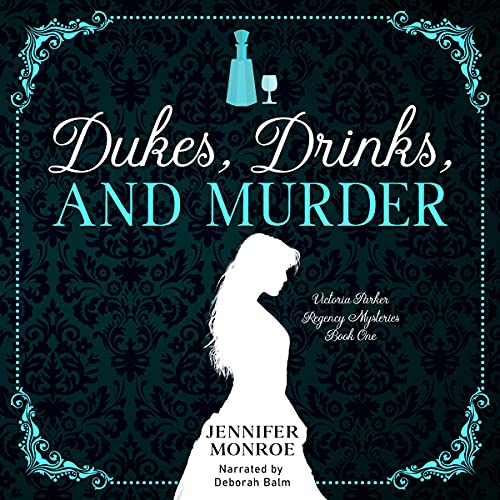 After receiving a most unexpected personal invitation for a weekend of leisure and celebration, Miss Victoria Parker leaves London for the country seat of the Duke of Everton. Although unsure as to why a lowly spinster such as she would be invited anywhere by a duke, Victoria's trusted assistant, James Kensington, assures her it must concern her late father’s accounting firm, which she secretly runs.

Unfortunately for them both, James is dead wrong.

On the first night of her stay, events take a murderous turn when Victoria discovers her host dead from apparent poisoning. Worse still, the other guests believe Victoria may have played a part in the duke's untimely death.

With a killer on the loose and her name on the line, Victoria sets out to solve the mystery of His Grace's murder. But discovering "whodunit" might prove more difficult than she first believed; it seems everyone at Stanting Estate has a motive to want the duke dead.

Knowing that she cannot complete this task alone, Victoria turns to James for help. As the two work closely together, new feelings begin to emerge, yet Victoria attempts to suppress them. After all, it would not do to fall in love with an employee. For each clue she unravels, however, Victoria finds herself not only closer to unmasking the murderer, but closer to James, as well. Can she solve the murder before she loses both her reputation and her heart?

A cozy, romantic Regency murder mystery that will keep you guessing 'til the end.