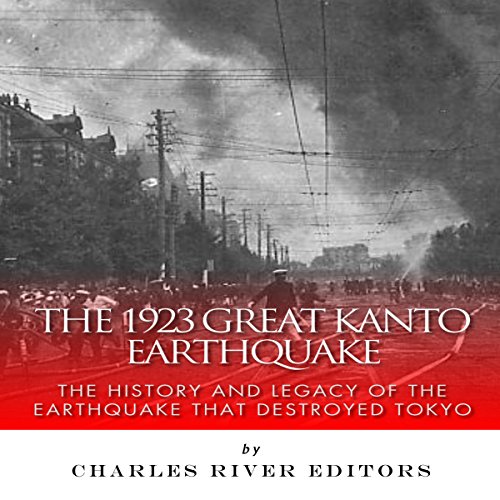 The 1923 Great Kanto Earthquake: The History and Legacy of the Earthquake That Destroyed Tokyo

Of the numerous disasters, both natural and man-made, to strike Japan during the 20th century, the Great Kanto Earthquake was among the worst, and the most significant. The massive earthquake struck the Japanese capital region, including the cities of Tokyo and Yokohama, shortly before noon on Saturday, September 1, 1923, causing immense physical destruction. Buildings collapsed, crushing their occupants, and a tsunami assaulted miles of coastline, depositing boats well inland and dragging people, structures, and debris out to sea. In both Tokyo and Yokohama, the tremors set off firestorms that raged for days across the dense, wooden cityscapes. In all, the earthquake left perhaps 140,000 dead and more than 2 million homeless, transforming East Asia's most prosperous and modern urban area into a scorched, burned-out wasteland. On the day of the earthquake, according to the Buddhist figure Takashima Beiho, "Nature raged all at once, collapsing the pillars of the sky and snapping the axis of the earth. The big city of Tokyo, the largest in the Orient, at the zenith of its prosperity, burned down and melted away over two days and three nights."

Together, the earthquake and firestorm killed somewhere between 100,000 and 150,000, left more than a million homeless, and destroyed billions of yen worth of property. The best estimates are that up to 75% of all buildings in Tokyo were destroyed or seriously damaged, and while all of Tokyo was afflicted, the low city especially suffered. The five city wards in which damage was greatest (90% or more) were all located in the low city. The proud neighborhoods around Nihonbashi and Kyobashi were particularly gutted, and many symbols of the Mieji-era shitamachi, such as the original Shinbashi Station, the Mitsukoshi Department Store, the Asakusa Twelve-Stories, were destroyed in the conflagration.