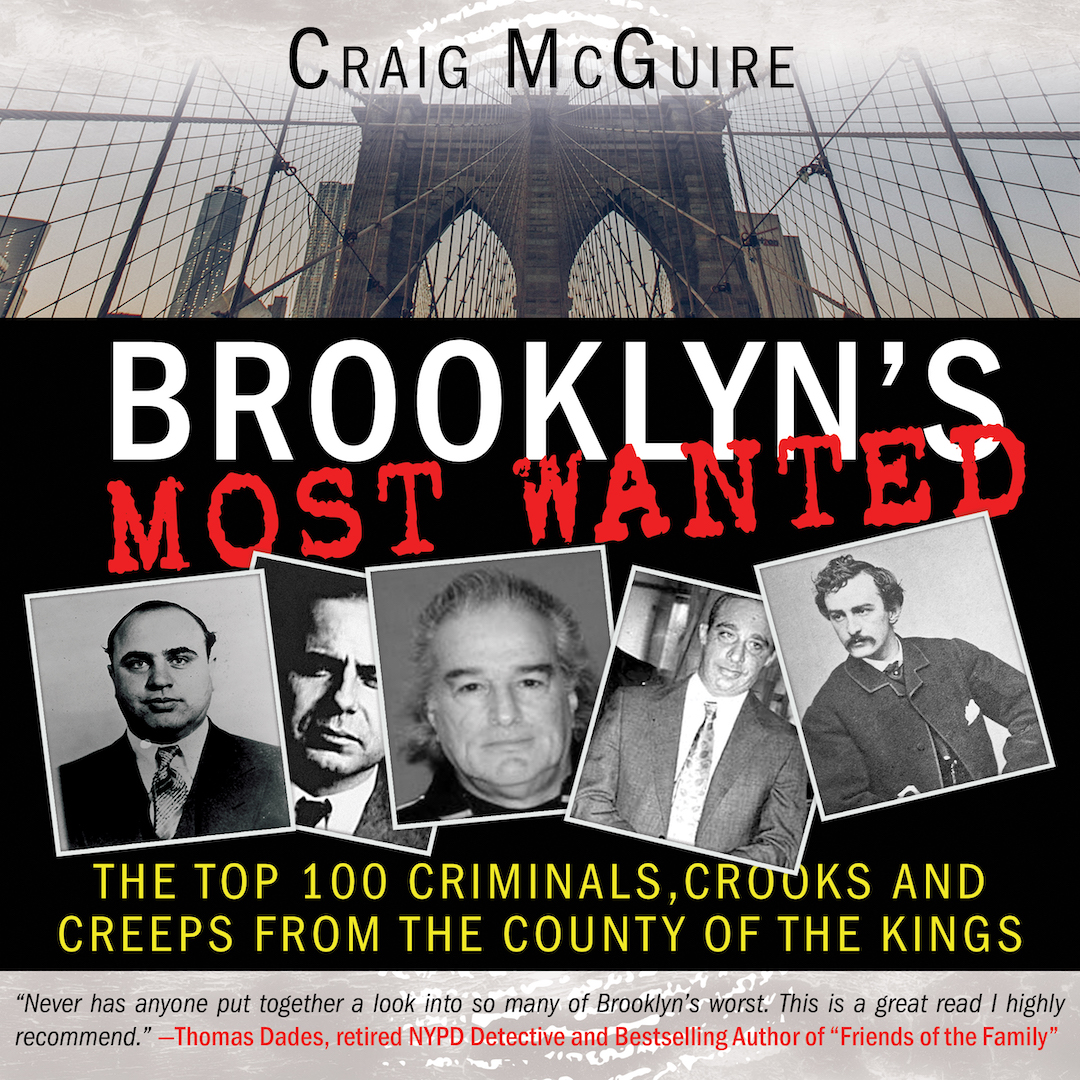 "Never has anyone put together a look into so many of Brooklyn’s worst. This is a great read I highly recommend.",-Thomas Dades, retired NYPD Detective and Bestselling Author of "Friends of the Family"

BROOKLYN'S MOST WANTED parades an impressive perp walk of 100 of the Borough’s most notorious, ranking them meticulously from bad to worst. From crime bosses to career criminals to corrupt politicians, pedophile priests to Ponzi scammers, this is not your usual crime chronicle. You want labor racketeering, Ponzi scheming, hijacking, murder, loan sharking, arson, illegal gambling, money laundering? Fugetaboutit!

Take this guide tour through gangland that rips open the underbelly of Brooklyn, the broken land, to see what spills, from the South Brooklyn Boys to the Soviet thugs of Brighton Beach’s Little Odessa.

Want to know what Billy the Kid, John Wilkes Booth and the Son of Sam all have in common?

Anthony "Gaspipe" Casso, Al Capone, Frankie Yale, Paul Vario, Roy DeMeo and so many more malicious malcontents and maniacs stalk these pages, as author Craig McGuire rank a rogues’ gallery of the best of the worst from Brooklyn’s crime-ridden past and present.

This includes more than a century of screaming crime blotter headlines, spotlighting epic cases, like The Brooklyn Godmother, The Sex Killer of Brooklyn, The Nurse Girl Murder, The Long Island Railroad Massacre, The Thrill Kills Gang, and many more. From "Son of Sam" to "Son of Sal," "Little Lepke" to "Big Paulie," "The Butcher of Brooklyn," "The Vampire of Brooklyn," "The Gang Who Couldn’t Shoot Straight," even "The Man Who Murdered Brooklyn Baseball," they’re all here.

Much more than Murder Incorporated, this book features kingpins and lone wolves alike, with a line-up featuring many of the multi-ethnic mobs mimicking the original La Cosa Nostra – the Russian Mafia, the Albanian Mafia, the Polish Mafia, the Greek Mafia – in fact, this book contains more Mafias than you can shake a bloody blackjack at. The author’s proprietary Notorious Brooklyn Index analyzes criminal activity, socio-economic type, notoriety, relation to Brooklyn and more for a final score that’s far from conjecture—though it will undoubtedly spark debate.