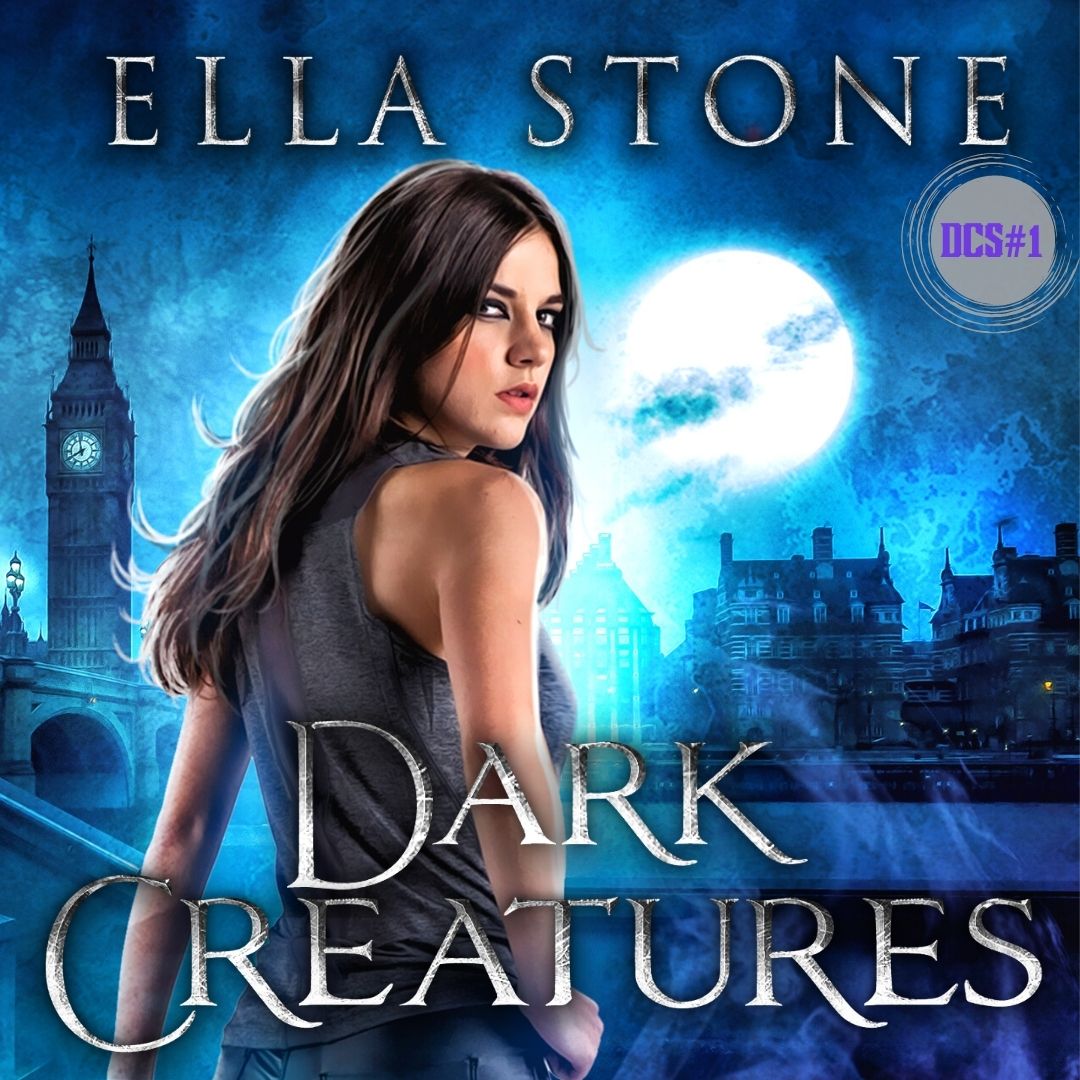 A handsome vamp. A supernatural secret agent. A witch on the run. And one woman hell-bent on revenge.

For ten years Narissa Knight has searched for the vampire that murdered her father. Desperate to gain access to the vampire’s inner sanctum, she resorts to offering herself up as a meal to the bloodsucker elite.

Calin’s new blood donor is unlike anyone he has ever met, but as his suspicions about her true motivations grow, will he be able to choose between his creed and his heart?

As the lies and secrets begin piling up, Narissa’s quarry turns the tables, and she finds herself confronting the most devastating secret of all… Is the cost of retribution too high even for her?

Dark Creatures is the first book of five in the exciting and sassy Dark Creatures urban fantasy saga. If you like moody vampires, sassy heroines, and fast-paced action, then you’ll adore Ella Stone’s supernatural tale.