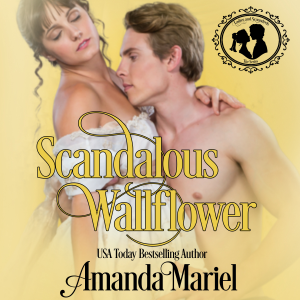 A wallflower by nature, Jane long ago accepted she would become a spinster. Perhaps such a fate was for the best. After all, she'd witnessed firsthand how miserable marriage could make a lady. Still, she dared to dream - that is until she finds herself thoroughly scandalized by a lord with the manners of a wild boar.

After Caleb Wesley, the Earl of Keery, failed to protect the one person who'd counted on him, he embraced his role of blackguard. He holds his vices close - light skirts, gambling, and liquor - and has no intention of giving them up. Even after he accidentally ruins a lady and is forced to offer marriage.

Two people brought together through an unwanted circumstance discover something neither one believed they'd ever have. Can they let go of their old hurts and beliefs long enough to embrace the gift fate bestowed upon them?