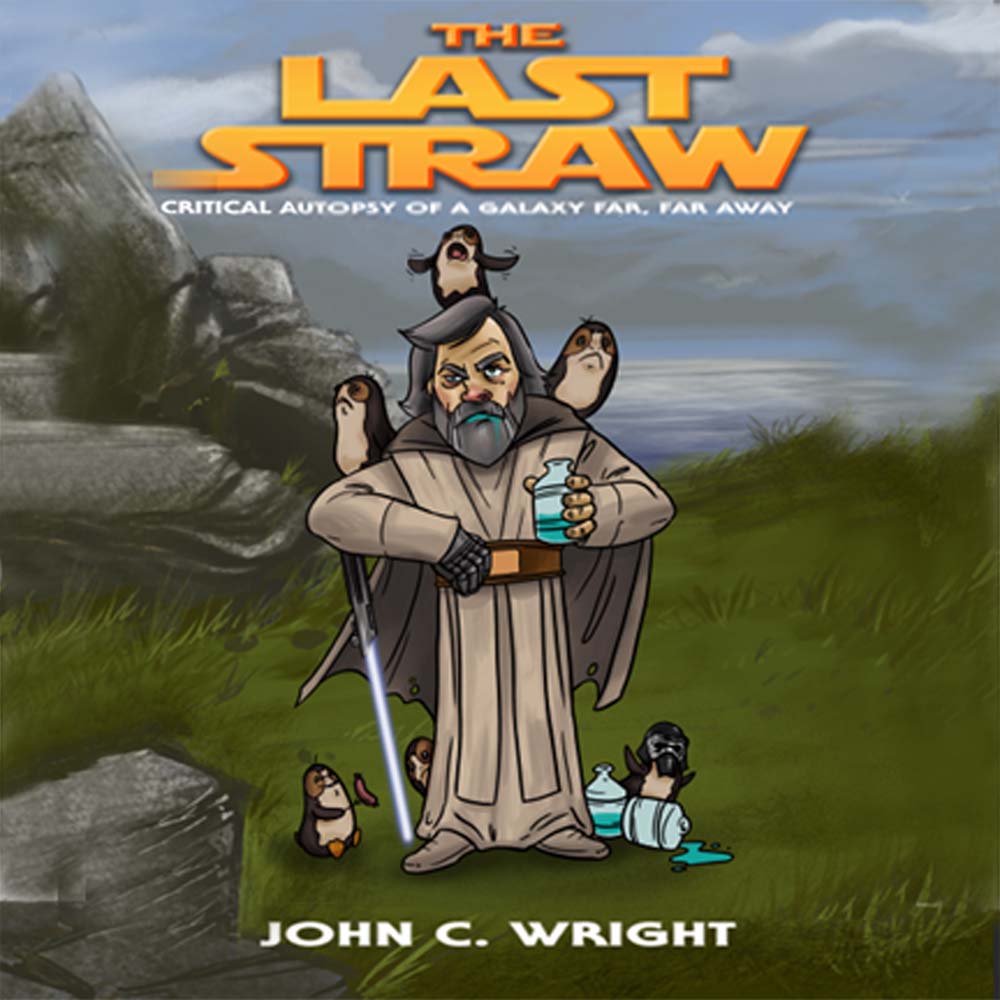 The Last Straw: A Critical Autopsy of a Galaxy Far, Far Away

Come, quibble about a galaxy far, far away!

Once, in a theater long ago and far, far away, young audiences who watched the nostalgic space epic of yesteryear, known then only as Star Wars, were duly enthralled. So much goodwill, so much affection, and so much love has rarely been lavished on any franchise. So much money from so many eager fans was never so readily available.

Yet, with one potent death star-like blast of mind-breakingly awful filmmaking, the Disney Corporation has managed to alienate that goodwill, spurn that affection, and lose that money.

Why? What makes The Last Jedi so appallingly bad? What made the filmmaker think he could win over his audience by insulting his audience?

Science fiction grand master John C. Wright laments, analyzes, and autopsies the horrific story-telling of a film that, for so many of us, was the last hope for Star Wars, the last dime we will ever spend on this once-beloved franchise, and the last straw that broke our patience.