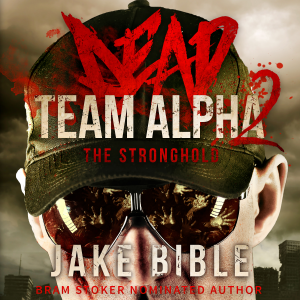 A fortified pocket of survivors tucked into the foothills of the Rocky Mountains in the former Boulder, Colorado. A culture based on military training and strength, the Stronghold is now the last bastion for the living. For nearly a century the Stronghold has thrived, rebuilding a small slice of civilization in the midst of a zombie-infested wasteland.

But that is all about to change.

The pride of the Stronghold, Dead Team Alpha, the elite strike force that helps keep not just the Zs, but crazies, cannibals, and cults from overrunning the walled sanctuary, is being put to the ultimate test, banding together with one of the community's most deadly enemies in order for all of humanity to survive.

Why would DTA need to put its trust in a crazy cult that almost killed them all? Because the Z herds are not lessening, they are getting bigger and stronger!

It is a race against time, as DTA struggles to defend the Stronghold from the millions of undead that march towards them, hungry for the last bits of living flesh left in a land that is nothing but death for as far as the eyes can see!