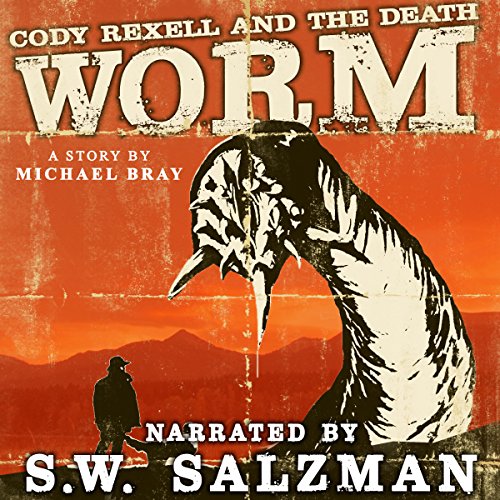 Cody Rexell And The Death Worm

Montana, 1959.
When an earthquake strikes, it unleashes a horror in the shape of a 60-foot flesh-eating worm, which has existed away from humanity for centuries. With the military unable to stop it, President Eisenhower is forced to take drastic if unorthodox action.
Meet Cody Rexell, a dangerous criminal, womanizer, and former bounty hunter who was legendary for his no nonsense, no remorse methods used in order to get the job done, who after finally being captured waits in Alcatraz where faces death via execution. President Eisenhower offers Rexall a deal, one which will see him go free if only he can use his unorthodox methods to destroy the worm and keep the country safe.
Together with his trusty Alsatian, Magnum, Rexell steps out into a world in which he has been given full authority to do whatever it takes to destroy the worm and try to win back his freedom in the only way he knows how....