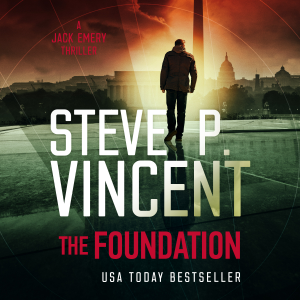 A shadowy group is manipulating society. Now, their endgame has arrived.

The zealots of the Foundation for a New America have snaked their way into power. Their tentacles are everywhere — the media, big business, Congress and even the White House.

When the Foundation sparks conflict between the US and China, they plan to use the chaos to take over America, but they didn’t count on investigative reporter Jack Emery.

As the world powers smash each other and the Foundation make their final play, Jack is the only thing standing in their way. Can he expose their plot and stop them before it’s too late?