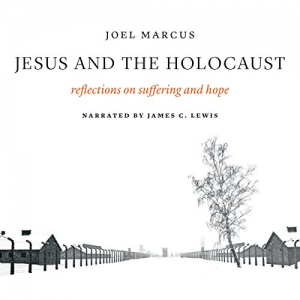 Jesus and the Holocaust: Reflections on Suffering and Hope

Poignant meditations occasioned by a unique convergence of commemorative events.

On Good Friday, April 14, 1995, Christians remembered the crucifixion of Jesus, Jews reenacted the Passover, and the world at large observed the 50th anniversary of the end of World War II and the Holocaust. That unusual juxtaposition formed the backdrop as Joel Marcus - a Jew by birth, a Christian by choice - took the pulpit at St. Mary's Cathedral in Glasgow, Scotland.

This book presents Marcus's stirring meditations that day on the relationship between the deaths of six million innocent Jews in the Holocaust and the death of one innocent Jew on the cross. Through reflection on Bible passages in light of stories and poems about the Holocaust, Marcus shows how the hope that Christians have always found hidden in the darkest hour of their liturgical year can shed light on the most tragic moment of our recent history - and vice versa.