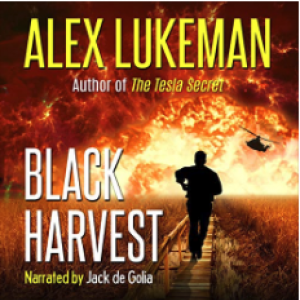 Book Four in the Project Series. An Amazon Best-seller.

A world expert on crop viruses is brutally murdered, along with two of his colleagues. The murders get the attention of Elizabeth Harker, director of a covert presidential intelligence unit called the Project.

Project team leader Nick Carter suffers with PTSD. He struggles with conflicting thoughts about his lover and teammate, Selena Connor. Selena's been with the project for less than a year. She's having a hard time dealing with her feelings for Nick and the mayhem that goes with her job.

Nick and Selena follow a bloody trail through Greece, Bulgaria and America as they uncover a deadly plan that will kill millions if it succeeds. Director Harker must forge a dangerous alliance to avoid certain war with Russia. And all the while, a high-placed American traitor does his best to sabotage the Project at every turn...while time is running out.