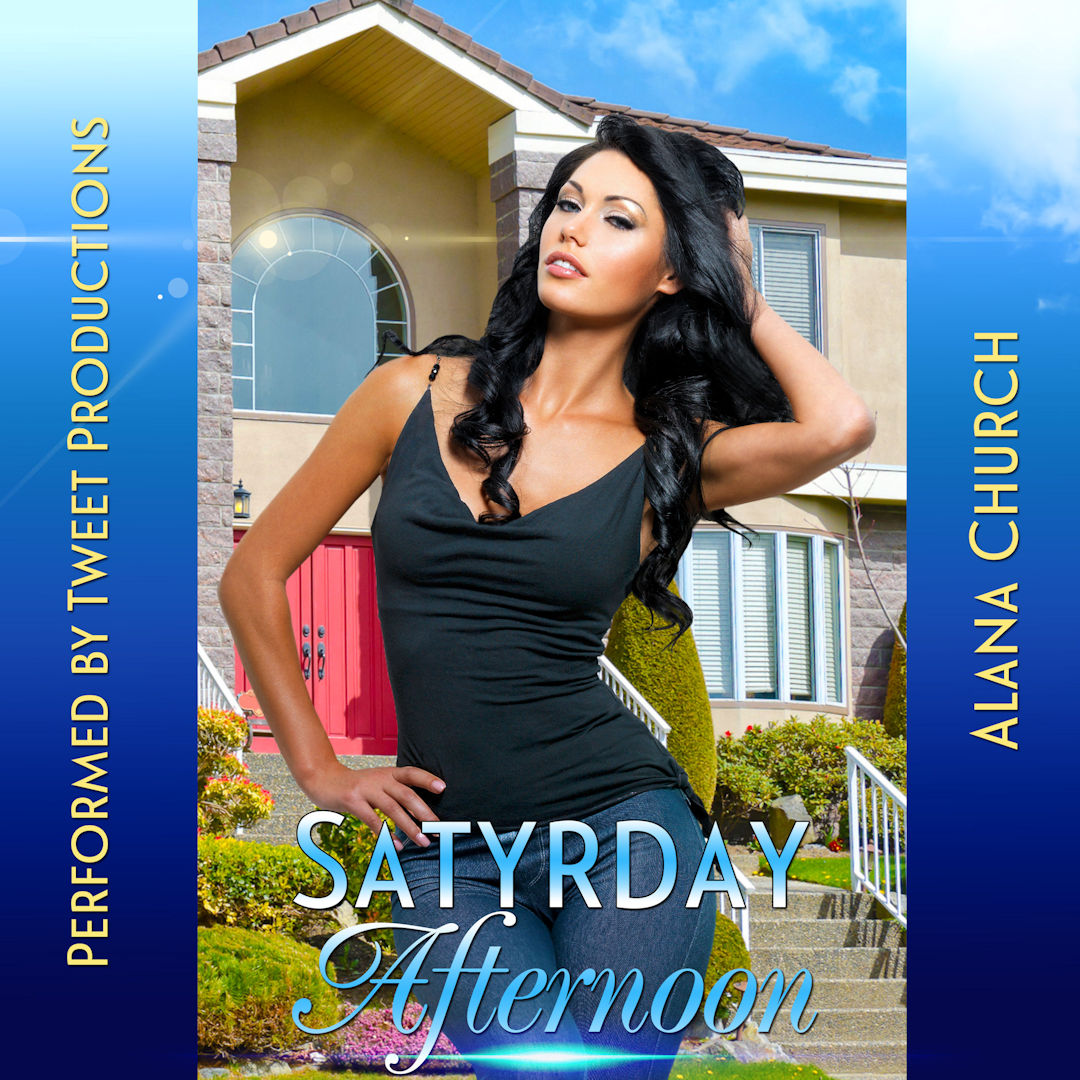 Owen Howard has had an interesting morning. After years of failure, he has scored with his boss and long-time crush, Anaya Ansari, banging each other in the office of Mama Juliana's Pizzeria like something out of The Kama Sutra.

But Anaya is not the only woman on whom Owen is having a strange, otherworldly effect. As Owen goes about his day, odd events swirl around him. His landlady and her daughter are being drawn into his wake, and what role will a former high-school flame and a mysterious older woman play during this hot and steamy…Satyrday Afternoon?

He pulled into the driveway of his first stop and rang the doorbell. Hearing nothing, he pulled open the screen door and knocked firmly. He heard hurrying steps from inside, and the door was pulled open abruptly.

A handsome woman, nearly as tall as he was, stood in front of him. Around the same age as his mother, she wore an expensive skirt that dropped below her knees and a loose, comfortable blouse. Her lips were pressed together tightly as she looked at him.

“My husband's asleep,” she said softly, “He's the one who ordered the food. Come in, but please be quiet. I don't want to wake him up.”

Moving carefully, Owen entered the house, sighing in relief at the feel of the air-conditioning, comfortably pleasant on his skin. As he walked through the family room, a big-screen TV was showing a baseball game. On a couch, a fat man in a White Sox t-shirt was sitting, head slumped back, snores whistling from his slack mouth. He was unshaven, and a litter of beer cans sat on the table in front of him. He followed the woman into the kitchen, where she turned abruptly, frowning.

“His wallet's in his pants, and I'm not going to wake the fat slob up,” she said, her deep voice harsh with dislike. “Come into my office and I'll write you a check.”

Owen followed her through a series of well-decorated rooms. His eyes fell to her sexy backside as her pace slowed and her hips began to sway to a seductive beat. In his pants, his arousal itched fiercely. He scratched it, and it immediately began to swell with heat.

Oh, God, he thought. I don't need this. Please don't let her notice my boner. As he entered the office, he dropped the bag in front of his groin, desperately trying to hide his erection.