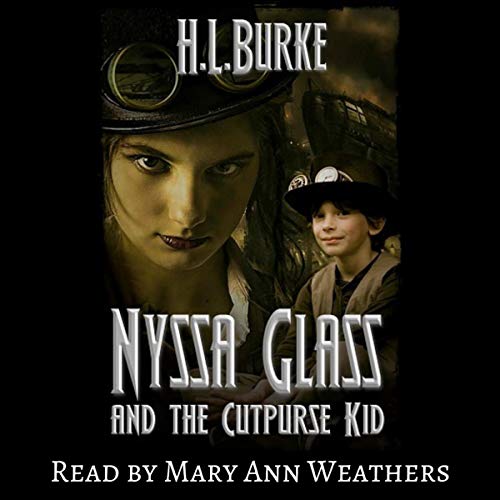 Nyssa Glass and the Cutpurse Kid

When larceny is the family business, it's hard to make a clean break. Reformed cat-burglar Nyssa Glass has finally gotten her life back together. She has her own electrical repair shop, a boyfriend who adores her, and for once, no one is trying to have her arrested. When the shop door rings, though, a man she hoped to never see again threatens to ruin everything.

Uncle Albert forced her into a life of crime and now he's convinced she owes him for her success. Nyssa would rather die than give her uncle a penny. But with her reputation on the line and a thieving orphan in the mix she finds herself stuck between the gears. Will Nyssa free herself from the clutches of the past or is everything she’s worked for going up in smoke?