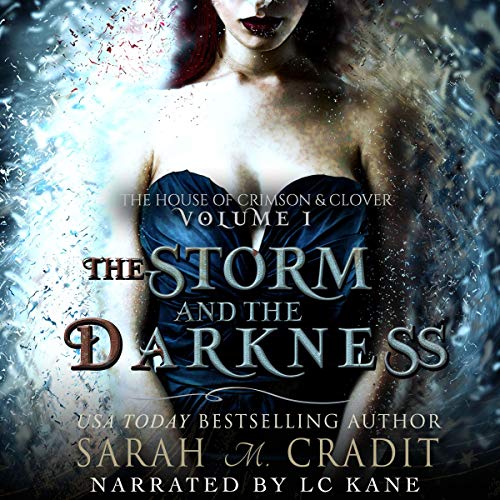 The Storm and the Darkness: A New Orleans Witches Family Saga

Ana Deschanel made a terrible mistake, one that not even her magic can fix. The only chance of protecting all involved is to flee New Orleans for the solitude of the remote North Atlantic.

Summer Island, Maine (population 202) is not the tranquil escape Ana envisioned. The locals are distant and cold, especially her neighbor, the reclusive veterinarian Jonathan St. Andrews. Her only lifeline is the eccentric caretaker, Alex, who conveniently shows up at all the right moments, warning her she’s completely unprepared for a Summer Island winter. As the storm approaches, Ana may soon be cut off from the rest of the world.

After a surprising encounter with Jonathan’s diametrically different brother, Finn, Ana braves the storm to return something he lost, only to slip and fall on the jagged shoreline. The St. Andrews brothers find her in the nick of time, bringing her to their home to ride out the blizzard.

Ana comes from a family of powerful witches, but her own gift—healing—has never worked when she needed it. As both the storm and Ana’s condition worsen, the St. Andrews brothers learn there are more sinister forces at work, closer than they ever imagined.

With no help from the outside world, they must find a way to protect themselves from both the storm and the growing darkness that looms across the island.