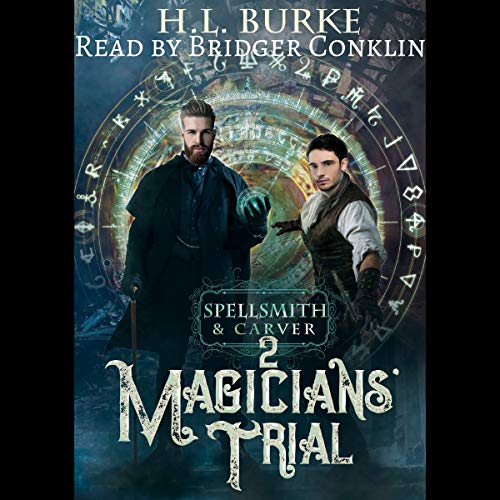 Auric Spellsmith and Jericho Carver saved the world - but the world is less than pleased.

Accused of causing a magical energy crisis and of "conduct unbefitting magicians", the pair travels to the big city to defend its case, Rill and Jaspyr in tow. But they soon find themselves embroiled in a world where everyone has an ulterior motive. Politics is a web of deception more dangerous than Fey magic.

Then Auric discovers Lotta, an attractive but eccentric engineer whose invention could solve the Republic's energy crisis - if they can survive long enough to test her theories. The mysterious assassin who is after her now hunts Auric and Jericho, too.

At odds with the law and criminals alike, Spellsmith and Carver will need every drop of wit and magic to survive.