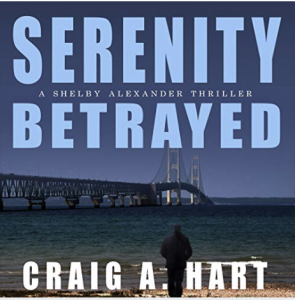 After the governor of Michigan begins receiving threats from a militant environmental group, he calls in extra security.

The problem? He fears there might be a traitor on his security detail.

The solution? Call in an independent contractor.

The man for the job? An ex-boxer and semi-retired fixer named Shelby Alexander.

But who can be trusted? As it turns out, no one.

Along with his best buddy and right-hand man Jerry "Mack" MacIntyre, Shelby steps in to protect the governor of his beloved state. It doesn't take long for the fireworks to start and the betrayals to run thick and heavy.