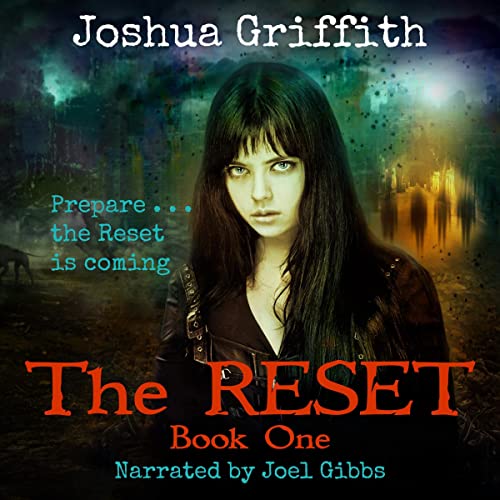 When the balance between nature and civilization is skewed more towards technology, The Reset occurs.

A secret multi-government conspiracy to cull the population of the world. An ancient deity forced to do their bidding and manipulate a virus, but He has other plans. Unbeknownst to all involved, The Reset is put into motion.

Meg, a cantankerous witch that has a strong dislike for most of humanity, has been haunted for the last few weeks by a ghost that keeps repeating the same ominous message.

All is eerily quiet in Portland, but the witch is stunned to discover people everywhere are killing themselves. What's worse, each person dies with a blissful smile.

As events unfold before her unbelieving eyes, clusters of the population have went feral, killing indiscriminately and doing many unspeakable acts of cruelty to their victims.

Meg is forced to flee her home and attempts to find safe refuge from the carnage, but is now caught in the middle of a war. A war between good and evil as the veil of this world crumbles away and rifts into other dimensions appear, spilling forth many creatures that seek to take over the world and create chaos and destruction.

Will Meg survive or will she become another casualty of the apocalyptic event known as The Reset...?