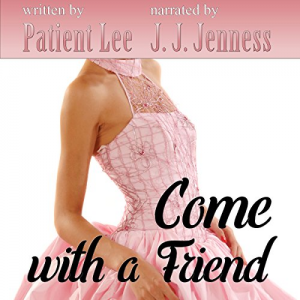 Come with a Friend

A depressed eighteen-year-old boy discovers love when he agrees to help an old friend trick a bully by dressing as a woman.

When his old friend Timmy reenters his life and asks him to dress as a woman to trick their childhood bully, Jason sees it as an opportunity to set things straight with the other bullies in his life as well, and he agrees to it.

What he doesn't realize is that Timmy's not trying to trick a bully. It's Jason he's deceiving.

Come with a Friend explores the mind of a depressed teenager with realism and emotion while titillating the reader with sex between a man and a man dressed as a woman. Even if this is not the kink the reader usually selects, the genuine emotion of the story will satisfy.