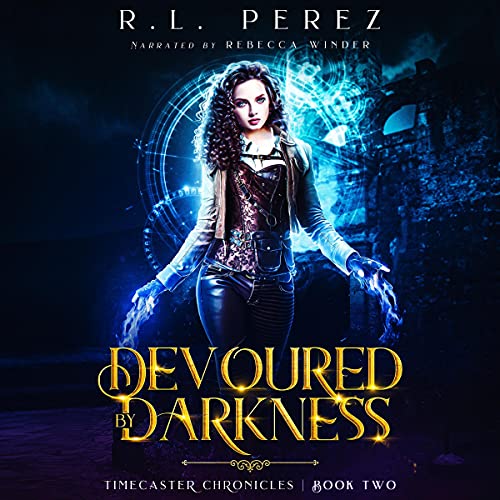 Book 2 in The Timecaster Chronicles. Desi's adventures take her to Manila, where Oliver is facing an unknown danger. Just how far will she go to protect the man she loves?

It’s been six months since El Diablo’s disappearance, but Desi Campbell still has nightmares. Still adjusting after time-traveling, Desi hunts demons with her coven in 1899 Santiago. Then she hears rumors that El Diablo is back - and he's in Manila, where Oliver is fighting in the Philippine-American War. She travels there to warn him. A heart-crushing secret is exposed. Familiar faces resurface. And Desi is faced with dark magic she's never known before. Demons stalk the city, preying on civilians. Desi is torn between protecting innocents and finding El Diablo. She continues fighting, until she finds herself surrounded by demons who practice the darkest magic. But Desi will do anything to protect the ones she loves. Even if it means pledging herself to darkness forever. This book ends on a cliffhanger.
*Contains fantasy violence