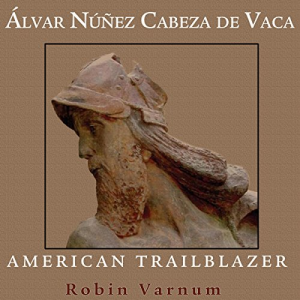 In November 1528, almost a century before the Pilgrims landed at Plymouth Rock, the remnants of a Spanish expedition reached the Gulf Coast of Texas. By July 1536, eight years later, Alvar Núñez Cabeza de Vaca (c. 1490 - 1559) and three other survivors had walked 2,500 miles from Texas, across northern Mexico, to Sonora and ultimately to Mexico City. Cabeza de Vaca's account of this astonishing journey is now recognized as one of the great travel stories of all time and a touchstone of New World literature. But his career did not begin and end with his North American ordeal. Robin Varnum's biography, the first single-volume, cradle-to-grave account of the explorer's life in 80 years, tells the rest of the story.

During Cabeza de Vaca's peregrinations through the American Southwest, he lived among and interacted with various Indian groups. When he and his non-Indian companions finally reconnected with Spaniards in northern Mexico, he was horrified to learn that his compatriots were enslaving Indians there. In Río de La Plata he tried to keep his men from robbing the Indians, enslaving them, or exploiting them sexually - policies that caused grumbling among the troops. When Cabeza de Vaca's men mutinied, he was sent back to Spain in chains to stand trial before the Royal Council of the Indies.