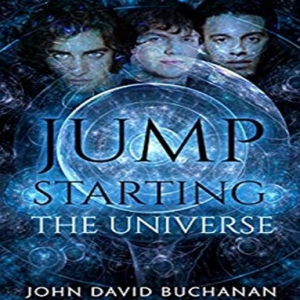 Parallel universes sometimes collide and overlap to share a tiny sliver of space called a mixing zone. Anyone or anything caught in a mixing zone has about a 50-50 chance of remaining in their original location when the universes pull apart. Most beings throughout the universes are aware of this occasional phenomenon, but people on Earth - not so much.

Certainly not Mark and Blackie. Mark and Blackie are brothers, and Wayne is Mark's best friend and the bass player in their band. Buster, the lead singer, signed them to a gig at a small establishment on Hell-Otis Highway and they thought getting paid to play would be the highlight of their day. It should have been. But when they rushed to load the Nomad after their gig, they didn't have any idea the green tinted light bathing them in the parking lot was more than just an impending hail storm.

That little sliver of tinted space changed everything. When the overlapping universes pulled apart, the green tinted light disappeared, and so did Mark, Blackie, Wayne, Amelia, and a 1957 Nomad station wagon full of music equipment. There was no more bar (including Buster), no more Hell-Otis highway or parking lot. Celestial context put them smack dab in the middle of a high plain on Alphus Nebulum.

You might think this had to be the highlight of their week. Maybe not. They had no idea they would soon be arrested, jailed, become escapees, meet some of the most interesting beings in all the galaxies, have soldiers point very large guns at them and miraculously escape. And that was just day one and two. Wayne expressed an uncomfortable feeling that things were going to get weird - bass players are sometimes remarkably clairvoyant - although weird might have been a bit of an understatement.