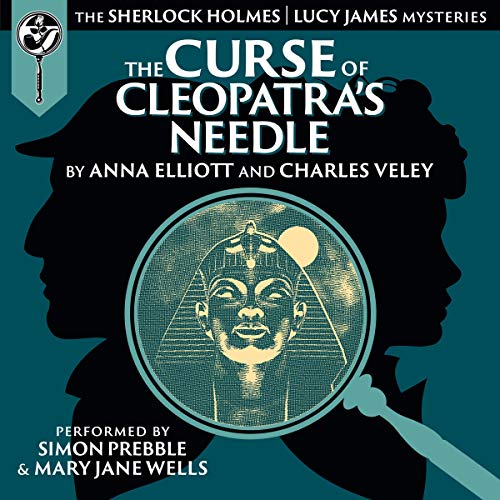 The Curse of Cleopatra's Needle

A mysterious murder. Ancient intrigue. And a cold-blooded killer determined to evade capture - narrated by the acclaimed Simon Prebble and Mary Jane Wells.

London, 1898. A vibrant young heiress has gone missing, and it’s up to Sherlock and Lucy to find her. Meanwhile, threatening letters from Egyptian revolutionaries begin turning up at newspaper offices, captivating Sherlock’s interest and sparking public fear and outrage.

Then, the missing young woman is found dead in front of London’s most famous Egyptian monument. Are the dangerous radicals, maybe, making good on their threats? But when suspicion falls on the dead woman’s husband, the Baker Street team find themselves grappling for the truth.

As they dig deeper into the mystery, they uncover a dastardly and deadly plot that puts them all in danger. And when one of their own falls prey to an evil deception, they must act quickly to prevent disaster.

Can the Baker Street team catch the wily killer and save their imperiled friend? Or will all of their best efforts turn to ruin?

A fun and innovative take on a classic Sherlock who-done-it, with memorable new characters, thrilling twists and turns, and a touch of ancient intrigue. The Curse of Cleopatra’s Needle stays faithful to the spirit of the beloved original series, while showing the true value of family and friendship.