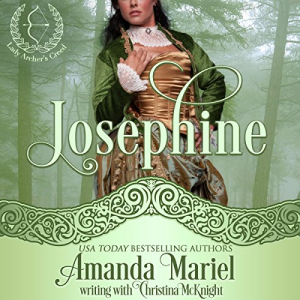 Lady Josephine Watkins never meant to shoot the duke of Constantan. Driven by guilt and determined to see him well, she refuses to leave his side. She could not have guessed the devilish duke would capture her heart.

Devon Mowbray, duke of Constantan, came to Favershame Abbey out of curiosity. He'd only planned to meet the earl known as the beast of Favershame and then be on his way. He never intended on the headstrong beauty sticking him with her arrow and stealing his heart in the process.

Despite the magic burning between them, a dangerous secret leaves Devon no choice but to push Josie away. Unbeknownst to him, she's already unraveled the truth and become more determined than ever to have his heart.

Is their love strong enough to withstand what threatens to keep them apart?