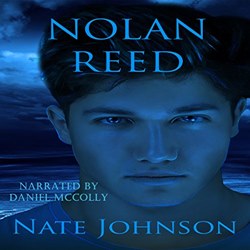 To Marla Jackson, Nolan Reed was the new boy in school. Different, dangerous, mysterious. What she didn't know was that Nolan could read minds. A fact she must never learn.

To Nolan, his ability was more a curse than gift. A secret he could keep hidden from the world until one of the minds he read turned out to be an Alien, bent on destroying the Earth. Which was more important: Keeping his secret from Marla, or saving the world from invasion and destruction. Some decisions are never easy.