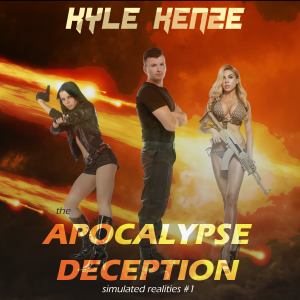 His war is supposed to be over. After eight years in the sandbox, former fighter pilot Brock Blount heads to Hollywood for his new life. Can a decorated hero find purpose in flying charters by day and starlets by night? Yes, please! Then a fat cat billionaire and his two much younger mistresses hire him for a last-minute flight to their secret bug-out bunker. The opening rounds of the final war have already been fired. And, six hours later, Blount and the two women may be the only three people remaining on the late, great planet Earth.

This novella is set in an apocalyptic world where swears and getting frisky are part of everyday reality.

Not for the easily offended or those under 18.