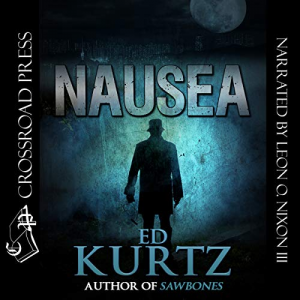 Since the night he made an ill-advised decision to commit a pair of revenge killings, Nick has made his living as a professional murderer. Early on, he dispensed with guilt or emotion. But after a routine hit gets messy, Nick gets sick, and the conscience he thought he’d killed, along with dozens of other marks, comes creeping back into his brain.

Now, Nick’s profession and life are on the line, and he has begun stalking a perfectly innocent couple to see if he can snuff them out without the slightest hint of remorse...or if the humanity he worked so hard to suppress is making up for lost time.

A dark noir novel about human connection and repentance, Nausea is the story of a sociopathic killer in a war with himself, a war in which the lives of an uninvolved couple hang in the balance.