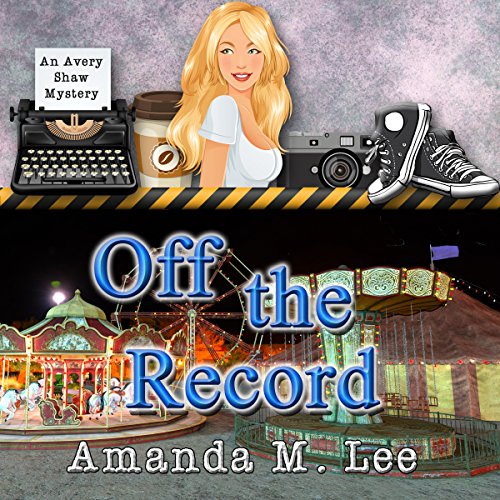 Off the Record: An Avery Shaw Mystery, Book 10

Camping is supposed to be a peaceful and relaxing time...unless you're Avery Shaw, of course. No, when you're Macomb County's most intrepid reporter, camping is akin to murder...or a very slow and painful death by disease-carrying bugs.

That's what Avery thinks as she takes a well-earned vacation with her boyfriend Eliot Kane. When the duo stumbles across a body at a local festival, Eliot has to force Avery to ease up on the suspicion and embrace the vacation decadence. She's out of her coverage area, after all, and she's supposed to be taking it easy. Eliot wants rest and relaxation but Avery is pining for adventure.

When Avery returns to work, the same carnival workers hit town for Mount Clemens' annual festival, and another body drops as soon as they arrive. Avery thinks its fate but Eliot isn't so sure.

Between moving into her new house, hiding from her overzealous mother while shunning the woman's decorating instincts, and potentially stirring a race riot when local politicians fail to care about an underprivileged victim, Avery has her hands full.

Danger is closing in on Avery, and it's coming from different directions. From nefarious politicians to shady carnival workers, Avery has her pick of suspects. When she finally zeroes in on one, though, things could become dangerous...for Avery.

Can Avery save herself when she uncovers a story bigger than she ever dreamed? Or will she fall victim to a killer's hatred and become another victim?