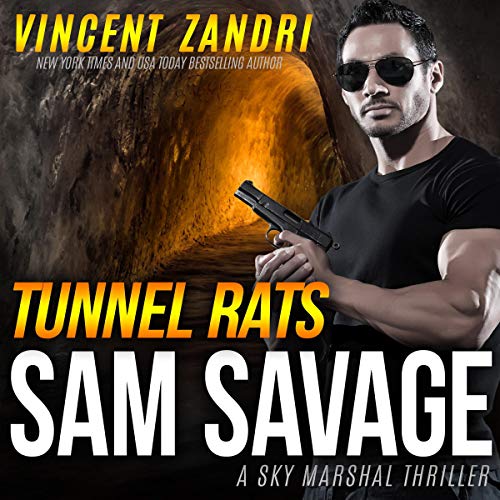 For some men and women, the Vietnam War never ended....

Sky Marshal and former Army Ranger Sam Savage has just been handed his most dangerous assignment yet, and it has nothing to do with keeping a plane full of innocent people safe while cruising the friendly skies at 35,000 feet. This time, the sky marshal is on the trail of a New Viet Cong terrorist bent on wreaking havoc on a hotel full of American and Chinese businesspeople. Channy Linn is a new breed Viet Cong in that he’s not just leading a band of militant irregulars who are defending their home turf. They are instead a band of terrorists, a la Al Qaeda, bent on the violent destruction of anyone or anything that doesn’t follow their twisted ideology.

Along with his field asset, the beautiful but lethal Cindy, Sam will go on the hunt for Channy beginning in Bangkok, Thailand, making their way through Cambodia and finally into the jungles of Vietnam, where Sam will face one of the most terrifying ordeals of his life - being trapped inside the narrow underground tunnels of Cu Chi.

For listeners of Mark Dawson, Boyd Morrison, Lee Child, Russell Blake, and more, New York Times best-selling Thriller Award winning author Vincent Zandri invents yet another action/adventure character who most definitely should not be messed with. This novel promises to keep you glued to your seat for the entire journey.