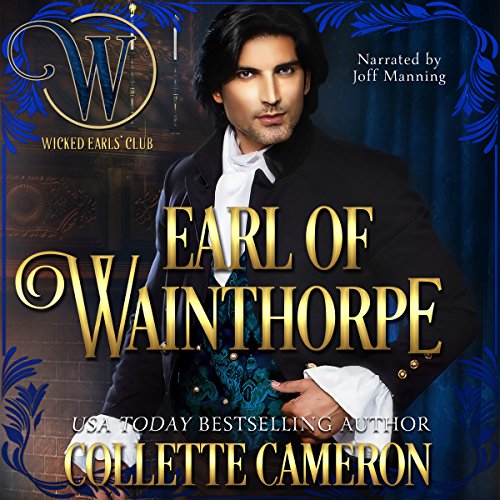 Could you ever love the unrepentant rake who won you in a wager?

He didn’t gamble on losing his heart when he won her at the gaming tables.

Pierce, the Earl of Wainthorpe has finally thwarted his worst enemy. Except he can’t revel in his victory after winning his foe’s ward in a winner-takes-all wager. If Pierce refuses to assume Bianca Salisbury’s guardianship, the fiery-haired beauty with a matching temper may very well find herself sold to the highest bidder.

The shameful secret she guards makes it impossible to love a rogue.

Desperate to escape her blackguard cousin, Bianca Salisbury ventures to London to find a husband or employment. Instead, she’s bartered to a notorious rakehell. She either risks being compromised and accepts The Earl of Wainthorpe’s protection, or flees him and her guardian. But without money and a place to go, she fears she’ll face the same tragic fate as her mother.

Caution: This romance features a sexy, irredeemable scoundrel determined to thumb his nose at the haut ton, a saucy country miss unafraid to speak her mind but terrified of even a hint of scandal, a unlikely aristocratic matchmaker, a trio of busybody sisters you’ll adore, and a very pregnant calico that is convinced humans are only around for her convenience.

For a pause-resisting historical romance novel brimming with Regency England’s rakish dukes and rapscallion lords, buy this passionate adventure sprinkled with suspense and humor. You won’t be able to put it down.