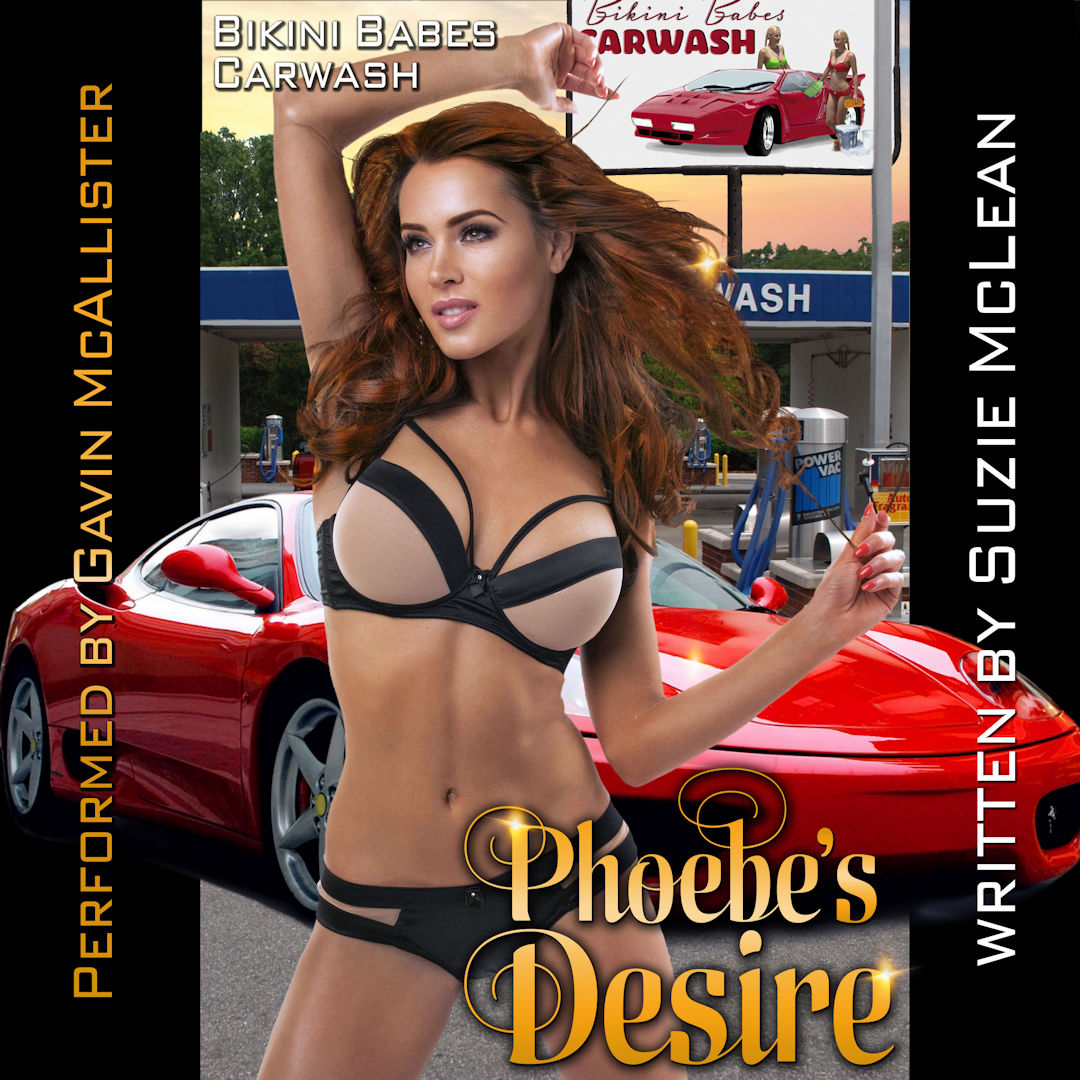 Phoebe is confident that her new carwash will be a success. But Riley Thompson is a clever businessman. If the girls can’t afford to lease his prime location, he knows of other ways to make a tidy profit. Besides, he lusts after pretty Phoebe, and longs to teach her that an experienced older man can be an even better lover than a lusty football jock!

Riley stopped suddenly, and turned toward her so rapidly that she took an involuntary step back. “Tell me again exactly what you’re planning to do here.”

“There are nine of us…my younger sisters and my sorority sisters,” she said. "We want to start a carwash…but not an ordinary pull-your-car-into-the-bay-and-let-the-machines-handle-it kind of carwash. We’ll be washing the cars ourselves, using brushes and sponges and hoses. That way we can make sure the cars are absolutely sparkling clean, and put on a good show at the same time. Plus two of them are dancers, and we’re all on the cheerleading team. So we know how to attract male attention, and keep it fixed exactly where we want it.”

Slowly he licked his lips. “Yeah, I’ll just bet you do.”

The nasty old lecher! Why, he had to be as old as her father!

“We’ll take shifts, with some of us doing our cheerleading routines along the sidewalk to draw in traffic, and the rest of us washing cars as they come through. Oh…and while the customers are waiting for us to finish, our Scandinavian twins will be providing full-body massages in the last bay, the one that had all the equipment ripped entirely out of the wall.”

He sucked in a deep breath, then gradually let it out again. “You’ll have ’em all standing at attention, won’t you?”

Somehow she didn’t quite think he was talking about customers lining up in neat rows, and a hot flush stained her fair cheeks. She was no innocent virgin…but his sly innuendoes were starting to make her a little uncomfortable.

“That’s the plan,” she replied, with just a touch of cool reserve. “It won’t take long before we’ll have so many customers that we’ll need to hire extra girls.”

A faint shudder seemed to ripple down his long body. “And they’ll all look like you. Wearing hot G-string bikinis, doing sexy dance routines, looking like they just crawled out of bed and are itching to climb back in.”

She supposed that was one way of describing it, but he didn’t have to be quite so crude about it. And the raw lust gleaming in his eyes was…disturbing.

“My nephew is on the football team. I’ve seen you out there, flaunting your gorgeous little body. You and your ‘sisters’ are a sight for sore eyes.” His low voice was subtly mocking. “And I think you’re gonna grab all the men in this town by their collective gonads, and drag them in here whether they need a carwash or not.”

He’d managed to shock her, and she took a defensive step away. “Mr. Thompson…”

“Riley.” His lips curved in a lopsided grin. “I didn’t mean to offend you…just saying it like it is. Let’s head back to my office, and we’ll discuss terms. I think we’ll be able to reach an agreement that works well for both of us.”

She swallowed hard, and tried not to edge past him when he politely gestured toward the street again. But she didn’t breathe comfortably until a few feet of space were between them.

This was ridiculous! She didn’t like him, she didn’t entirely trust him, and she didn’t think he was sexy.

When he’d laid his hand on her shoulder, and spoken so bluntly to her, she’d felt a bewildering surge of heat arrow right through her belly. It was still there, churning around like molten lava, as he fell back into step beside her, and led the way across the empty lot to his weatherbeaten pickup truck.

Slick wetness began to glide between her thighs as he slid a big hand down her back, courteously ushering her through the heavy chain link fence, and then securely locked it behind him…