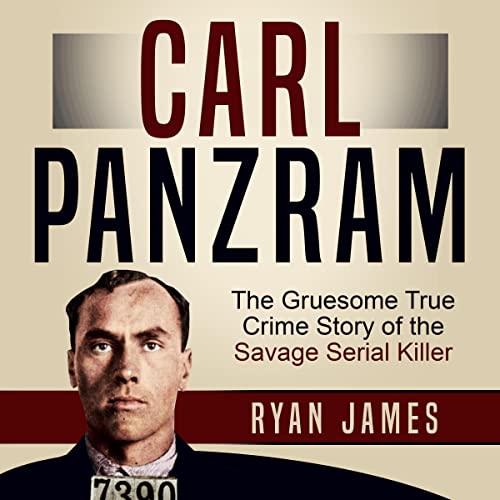 Unmask the savagery behind Carl Panzram with this morbidly fascinating true-crime story.

Providing a chilling glimpse into the twisted psychology of the infamous serial killer Carl Panzram, this disturbing true-crime book offers an unparalleled look at what makes a murderer. Expertly recounting Panzram’s gruesome killing spree and the cruel ideas that drove his grisly murders, this story sheds light on his tragic upbringing and adolescence, his frequent clashes with the law, and the daring escape attempts he made in countless prisons.

Drawing on real-life historical letters and filled with artful, gritty prose that makes each larger-than-life figure come to life, Carl Panzram: The Gruesome True Crime Story of the Savage Serial Killer exposes his failed stint in the army, his ordeals in prison, and how his bloodlust and cruelty shaped his entire worldview.

As a deeply fascinating listen for fans of true crime, this book will satisfy your morbid and forbidden curiosities, painting a gripping picture of Panzram’s dark psyche and the crimes that cemented him among America’s most infamous convicts.