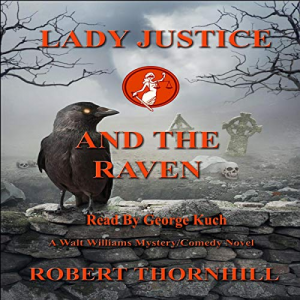 Lady Justice and the Raven

Walt discovers a manuscript hidden in the false bottom of a cabinet Maggie bought at a craft fair. The manuscript, written by a woman named Lenore, tells the tragic story of a life filled with abuse, incest, and finally, murder. Drawn in by the story, Walt becomes entangled with members of the family whose lives mirror characters in many of Edgar Allen Poe’s Gothic novels.

Accompanying Walt on this curious journey is a raven that guides Walt through the terrifying and often dangerous encounters with this family, whose lives are filled with tragedy and remorse.

Will Walt prevail, or will he succumb to the evil curse that has plagued this troubled family for four generations?