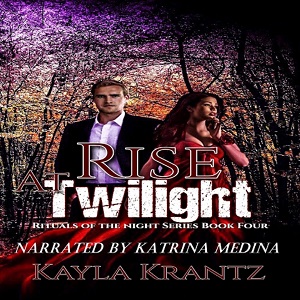 For all the terrible things she had seen in her life, Luna Ketz never thought about life after death…until she was murdered of course.

Upon waking in the cabin of her nightmares, Luna discovers she is caught in limbo between the waking world and the dead. There she is reunited with her loved ones, but it comes at a price—she has lost herself to the darkness inside her. Desperate to save her baby and herself from a war that threatens to destroy them all, Luna submits to the mercy of her long time enemy, Chance Welfrey, with the hope that his knowledge will be enough to save them from certain destruction.

Cody, desperate to save the leader of his compound from a deadly sickness, is tasked with tracking Luna down. After finding her in the midst of Purgatory, he enlists Chance’s help by cashing in a favor. Reluctantly, Chance calls on Reese and together, they unblock Luna’s magic. Desperate to stop Luna and Chance from spilling anymore blood, Keepers Amy and Max go on a journey of their own where they learn a secret about the deadly duo’s child.

He may be the key to saving them all.