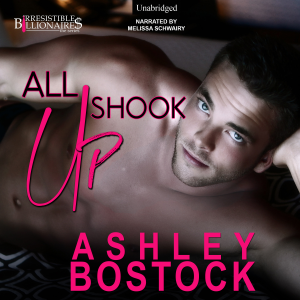 Billionaire CEO Cole Carrington knew the only way to check the seemingly downward spiral of his lingerie store was to go undercover. If it was being mismanaged he'd be able to get to the bottom of it. What he wasn't expecting was to run into Jillian Winters, the gorgeous woman he'd evicted months ago from the same location.

When Jillian Winters gets evicted from the building she rented, she's forced to shut down her five-star lingerie store. Unable to have the proper funds to relocate into an equally swank location in Downtown Denver, Jillian is certain her managing skills aren't what she believed them to be. Still sulking weeks later, Jillian's pesky sister helps her get a new job - same location, new lingerie store - owned by the handsome stranger who evicted her.

Unforeseen circumstances force Jillian into the management position where she realizes she'll have the chance to learn from her previous mistakes. But she's taken aback when a competitor offers Jillian part of her dream again - half owner of a lingerie store. Jillian must decide where she wants to be: working at her hot boss's upscale lingerie store and helping him succeed. Or working toward her ultimate goal of being an owner again - even if that means taking a step down from the five-star norm she's used to.

Especially when she realizes that dealing with Cole Carrington on a day to day basis isn't as difficult as she first thought it might be.