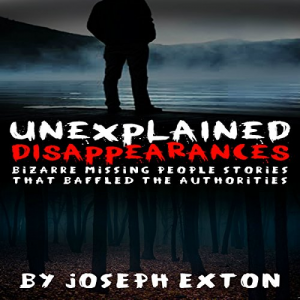 At a distance, a farmer and a policeman saw lightning strike the rocks of the Stonehenge of Salisbury; at the same time, they heard the terrifying screams of several people. When they checked, no one was there.

When Bobby Jamison's phone was inspected, a picture of his six-year-old daughter was seen: she had her arms folded, as if not wanting to be touched, her face was scrunched up, and she wasn't looking at the camera. Could the photographer be the Jamison family's abductor?

Captain Benjamin Briggs sailed together with his wife and daughter when they vanished on the Mary Celeste; could he have led his family and crew elsewhere because he sensed some sort of danger?

Richard Colvin Cox, then a cadet at West Point when vanished, had two unidentified visitors. He also shouted a very inexplicable statement one time when he was startled awake. Are these things connected to his disappearance?

Does the Bennington Triangle "eat" people? It seemed so...based on the way people disappeared in the area....