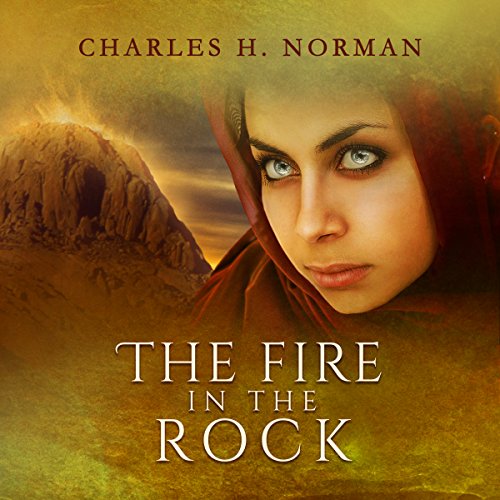 The Fire in the Rock; A Novel of the Exodus

The Fire in the Rock is a first-person retelling of the Exodus story from the viewpoint of Tzipporah, the wife of Moses; but it is not a conventional Bible story. First, God is offstage; he is present only in the characters' hearts and thoughts. Second, there are no overt miracles - all the events of the Plagues and the Exodus are attributed to natural, if unique, events that are now known to have taken place at around that time.

I've seen some confusion on the part of some potential listeners on this issue, so let me make this point clear: in the book, the issue of whether these events were miracles (as Tzipporah herself insists,) or just coincidences, rather depends upon what one brings to them, just as in our own lives. There is no way to know with certainty, and it remains a matter of faith. There is one unambiguously inexplicable occurrence near the end of the book, just to drive home that point. I am not out to sabotage anyone's faith; on the contrary, my intent is to show that there are transcendent things worth believing in, even if one rejects simplistic supernaturalism.

In any case, this is not a book of signs and wonders; I write of Moses and Tzipporah as real people with a real, human relationship. Indeed, the book has been described (by Kirkus) as "a powerful, focused love story that may perhaps be more appealing to seekers than believers"; As for the religious aspect - Moses himself is filled with uncertainty and doubt till the end of his life. The central inspiration of the book was, in fact, this simple question, "What if Moses were just an ordinary man?"

The Fire in the Rock received a Starred Review from Kirkus Reviews, and was named to its list of 'The Best Books of 2016.'