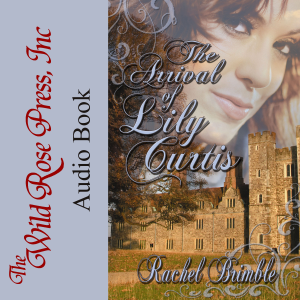 The Arrival of Lily Curtis

At the mention of an arranged marriage, Elizabeth Caughley feels her life is over at the age of three and 20 - so she hatches an escape plan. She will reinvent herself as a housemaid. Overnight, Elizabeth becomes Lily - on the understanding if her attempt at independence fails, she will return home and marry a man of her parents’ choosing.

Viscount Westrop will ensure his legacy is passed to his own son one day. Even though he feels insurmountable pity for the unborn child already, he knows how much pain a broken promise can cause and will do what is right. But with the arrival of his new housemaid, his plans are thrown into disarray. Lily is funny and feisty and the most beautiful creature on earth - Andrew is thunderstruck. But if anyone suspects how much he wants to ravish her and endlessly love her, Andrew's lineage will undoubtedly be in peril.