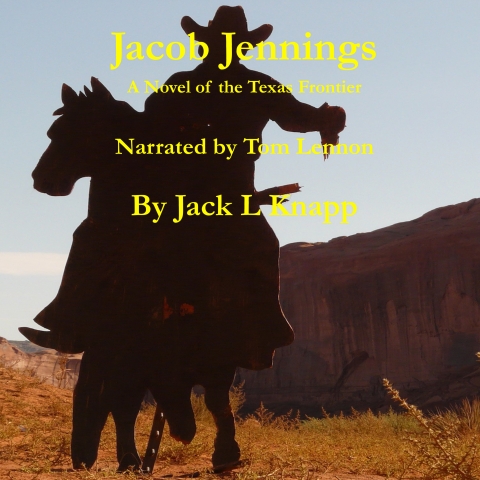 Jacob Jennings: A Novel of the Texas Frontier

FROM REVOLUTION TO REPUBLIC, JACOB JENNINGS WAS THERE!
Jake was born during a time that was as turbulent as any in American history. Mexico claimed Texas, but the American settlers who'd recently flooded in were more independent, and when the dictator Santa Anna set aside the Constitution of 1824 he launched a series of changes he had not foreseen.
With his partner Jean-Louis Lafitte, Jake worked when he could, fought when necessary, and in the process began a career that would make him one of the most well-known men on the Texas frontier!
Jack Knapp's story tells the tale of an orphaned teen whose uncles help him start on the road to success, but that is not why he becomes a success. Jacob does what his honor requires of him. He helps his dead uncle's slaves when they escape an ambush by Mexican troops. He leads women, children and the elderly away from Santa Anna;s advancing army. --Ed Patterson
I would like to recommend this book to everyone who wants to read a very interesting and exciting new story where the action never stops. I have found that these books are very hard to put down. I will be looking forward to reading the next book from this author. --Cecil Sager
I love westerns. I especially love this one. Jack knows his territory and his history like no else, and that makes for a great story, which this is. Highly recommended. --Blair Howard